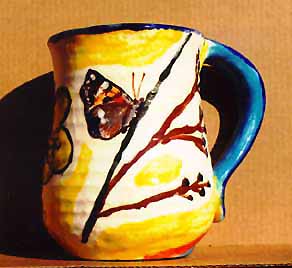 Sacred ceramics = Ceramic designs which depict a startling truth. It is usually a dream or vision that tells a story from the natural world.

These pieces are not for sale, and are shown here for the purpose of illustrating the concept of sacred ceramic art. Sentences in quotation marks are the titles of the pieces. All pieces are copyrighted by the artist. 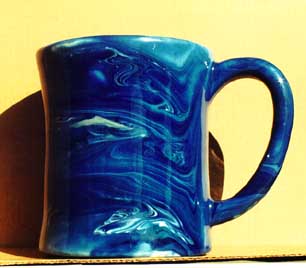 "When the banks of the San Francisquito Creek in Northern California have been revegetated, and the silt, erosion, and turbidity down; the steelhead came back to spawn" 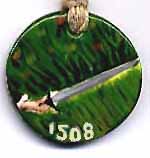 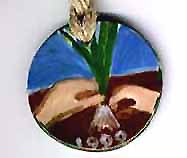 "The history of native plants 1508-1999 in North America" The first native North American perennial grasses were cut by a sword for horse feed in 1508. Now that we have cut most of them (99.99%) off of the North American continent, we need to start replanting them, starting in 1999. 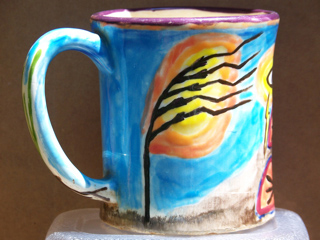 "The story of the Native California Purple Needlegrasses, winning over the evil introduced European weed grasses, that have covered 99.99% of the State." First the remaining Needlegrass plants take phosphorus and make viable seeds, the yellow and orange indicates the phosphorus being stored in their seeds. 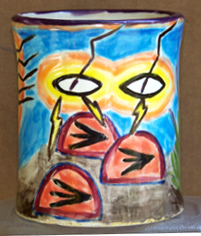 Then the Stipa seeds use their natural allelopathic herbicide-like chemicals to battle the European foxtail seeds, and suppress the foxtail seeds from even germinating. 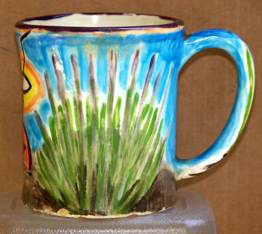 Then, the seedlings grow into mature Purple needlegrass plants, which produce more seeds... 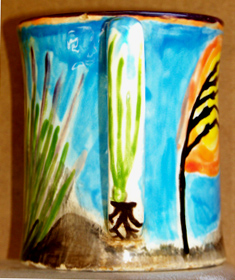 ...Those seeds then sprout into brand new needlegrass seedlings. 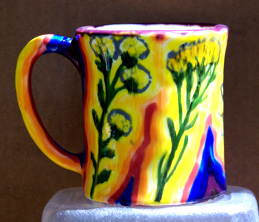 "The sacred Great Basin plants, that have been able to survive despite all that we have dished out to destroy them." Shown are two native members of the sunflower family, the Gumplant and the Rabbit brush, and the native sunflower is on the other side. 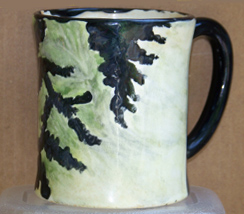 "The Mojave native perennial grasslands from the Sheephole Mountains, as seen from outer space."

This is a view of the Sheephole Mountains in the California Mojave desert from space on the scale of 1:100,000. The mountains are a recent volcanic lava flow and surrounding the mountains,the green represents the native grasses that grew there when the satellite took their image in the mid-1990s, and the yellow is where grasses used to grow, but as the name of the mountains suggest, the sheep ate them away a long time ago. 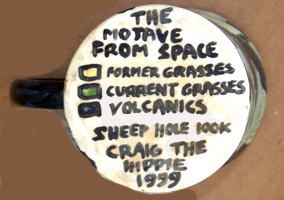 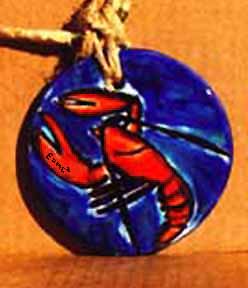 "The lobsters know about E=mc2" Explanation: All other creatures have known about the laws of physics and theories like E=mc2 for thousands of years; however they knew that these concepts were too dangerous for life on this planet, so decided not to utilize or pursue them. 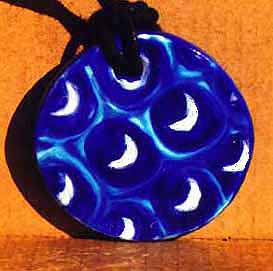 "The moon as seen by the compound eye of the last trilobite, the night she died, and the trilobites became extinct; ending their 100 million year existence" 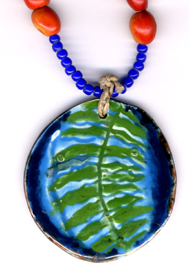 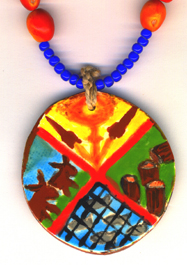 "You Can't Beat Around the Bush about the Environment,
when you're only on one Tiny Planet: the Instruction Guide"

This is the instruction guide for the planet Earth--
(Front) Maintain the water, air and natural plant-life of the planet.
(Reverse, clockwise from the top)
1.) Do not make wars, bombs, or missles.
2.) Do not chop down all the forests.
3.) Do not catch all the fish in the rivers and oceans.
4.) Do not let your domesticated animals eat all the perennial native grasslands. 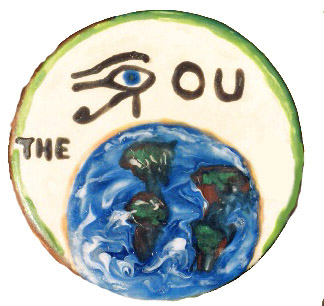 "IOU the Planet Earth"--the promise from one generation to the next, to leave them an inhabitable planet. 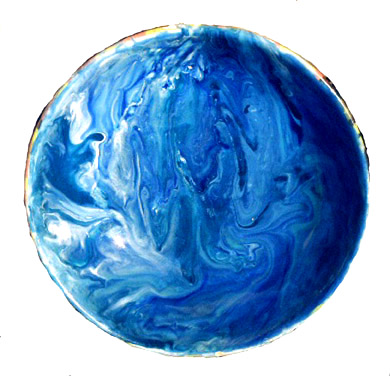 "Water and Fire"--the "water" in on the inside and the "fire" is on the underside of the bowl.
TO SEE MORE OF Craig Carlton Dremann's CERAMIC ART :
Swirlé ceramic art and Natureware