Eliminating the possibility of Saharan Mustard wildfires in Globe, Arizona in 2005, with seedstalk torching. 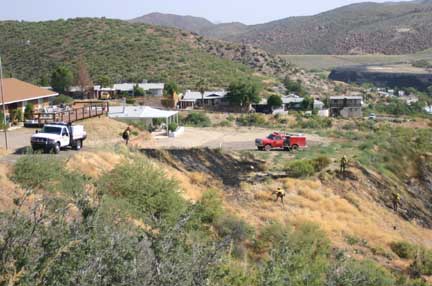 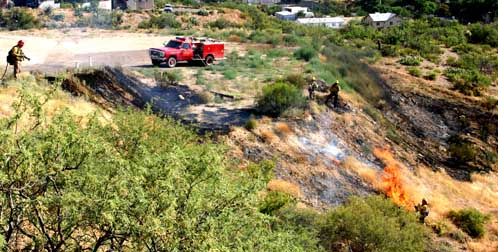 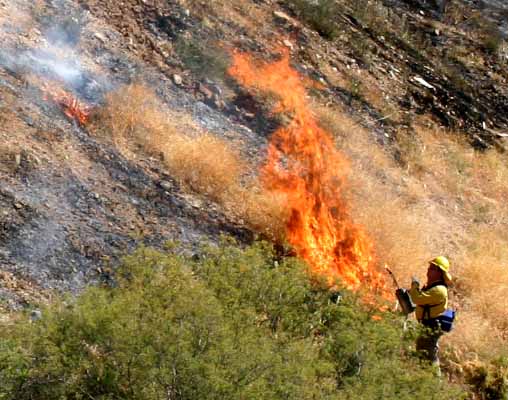 June 24, 2005 -- Globe Fire Department in Gila County, AZ has been using prescribed fire on infestations of Sahara mustard within the city limits. The strategy of these fires is to reduce fire potential in drainages and along roadsides where the mustard has created monocultures and to raise awareness for other control strategies, mainly mechanical and chemical.

So far, in these populations there has been no understory to carry fire other than the mustard itself. To start the burn, firefighters have had to use drip torches on top of the dried plants rather than catching them from beneath.

The show has been visually deceiving. The mustard carries a long flame, (approx. 3 feet), burns for sometimes less than 15 seconds and is gone. There have not been any stems or skeletons left above ground. Just "poof" it's gone.

There are approximately 5-6 acres of infestations scattered within the city limits. The globe city council has approved overtime for fire department personnel to conduct prescribed fires on the mustard. The fire department estimated that it will cost $50.00 acre to treat. So far the council has not set a monetary limit on treatment costs.

The Tonto Weed Management Area and I have mapped Sahara mustard along Hwy 188 from globe to Payson. It is linearly continuous in Tonto basin (near Roosevelt lake).

We have also mapped infestations in globe and immediate communities. Through a cooperative effort from the city, county, and state we have treated or plan to treat the populations in the immediate vicinity of globe by hand roughing or prescribed fire. Thankfully, the mustard populations are manageable in and around the city.

Globe is unique in its geographic location. It is bordered to the immediate north, south and west by high relief. Sahara mustard has heavily infested the opposite side of each summit and is encroaching from the reservation to the east. Heavy traffic from the west and north will undoubtedly continue to bring spot infestations into the community. The continued commitment of residence and local government is the ultimate plan to manage our populations of Sahara mustard.

We first spotted Sahara mustard in 2003 along Wallamin road in Globe. In 2004 the Gila county extension agent and I pulled a truck-bed full in the same area not sure on weight.

In spring 2005 we initiated a weed campaign and identified three new infestations, with one population infesting a Catch Mit neighborhood (Euclid Hill area). Since then we have pulled more than 7 tons with the help of inmate crews from the Arizona Department of Transportation (ADOT) and the city of globe. Globe fire department has conducted prescribed fires on three acres and is expected to continue until monsoon rains hit and then into late fall. 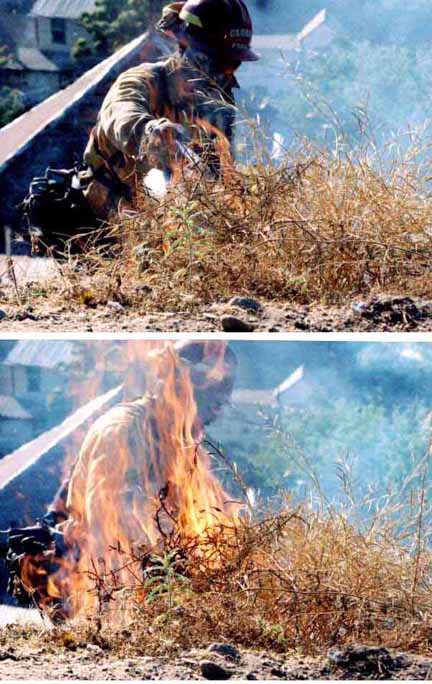 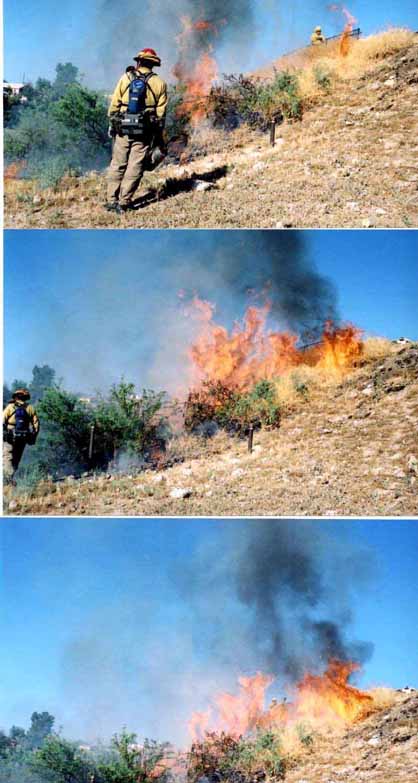 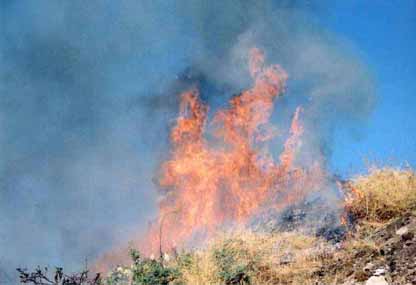